Is your Multi-Line Telephone System (MLTS) in accordance with Kari’s Law? – Patton Blog
Skip to content

Public Law No.115-127. Known as Kari’s Law, the legislation is named for the woman (Kari Hunt Dunn) who was stabbed to death while her daughter tried (and failed) to call 911 from a hotel room. 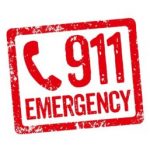 On February 16th, 2018, President Trump signed into law an amendment (H.R.582) to the ‘Communications Act of 1934’, that requires multi-line telephone systems (MLTS) to have a configuration that permits users to directly initiate a call to 911 without dialing any additional digit, code, prefix, or suffix.

A common feature of MLTS is the configuration requiring a user to dial a digit or prefix to reach a number outside of the system — dialing “9” before reaching an outside line, for example.

When an emergency call is placed from a MLTS phone, the user may still have to dial the prefix to direct the call outside of the system.  Does this sound like your current phone system?

PROBLEM: Users must dial ‘9’ for an outside line. That is, your MLTS requires you to dial ‘9’ in order to reach an outside line — before dialing 911. So, do you need to change your entire MLTS routing table to comply with KARI’s law?

SOLUTION: The answer is NO…  if you have installed a Patton SmartNode VoIP gateway router. In this scenario, the users need ONLY dial 911. The SmartNode will automatically pre-pend a ‘9’ to the called e164 number (using it’s complex internal Mapping-Table function). The legacy PBX receives four digits:  9911. No changes to the MLTS are required.

Here’s how to configure it….

Have you ever had to make a priority call, only to get a busy tone because all outside phone lines are in use? Try using the Patton SmartNode ‘Priority Service’.  This sevice can automatically free up resources (drop lower-priority calls) if a higher-priority call needs to be established when all lines are in use.  If someone dials 911, you can rest assured that the call will go through.  For a more detailed description of  SmartNode E911 services, please refer to the following:

Does your MLTS need to support the E911 Protocol? Patton SmartNode has you covered.  SmartNode Gateways can act as an E911 to SIP gateway. This means taking Centralized Automated Message Accounting  (CAMA) calls on FXS ports, receiving and decoding the caller-ID and then forward it over SIP to the PSAP.  For a more detailed description of SmartNode E911 services, please refer to the following:

Manager of Technical Services
PATTON Electronics Co.
Danny Staub joined Patton over 20 years ago as a shipping clerk. After several years of service, he transferred into technical support. He taught himself the technologies Patton specializes in and worked his way up to the role of manager. He is committed to solving customer problems, no matter what—even when the bug is in a third-party manufacturer's equipment.